Small, simple Humidity and Temperature graphs with a Raspberry Pi and the DHT22 sensor

Log time ago I got a Raspberry Pi (Version B1, the first one). I never had a simple enough project or the time to do anything with it beside installing RetroPi and use it for old C64 games. Now I found a simple enough project, which I implemented in a weekend: With a DHT22 Temperature / Humidity sensor I created a small weather station which measures and graphs those two values.

The DHT22, also named AM2302, from Aosong Electronics is a cheap, pre-calibrated and compensated Temperature and Humidity module. 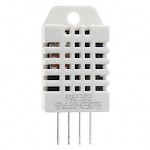 It sends a simple, single-bus signal with its sensor values. Luckily there are already many libraries for C/Python that can read the sensor data with ease.

The electronic setup of the DHT22 is really simple: Connect 3.3V - 5V, GND, and the data PIN, with a pull up resistor. I soldered the DHT22 and the resistor together with a 5-PIN connector to a laboratory card: 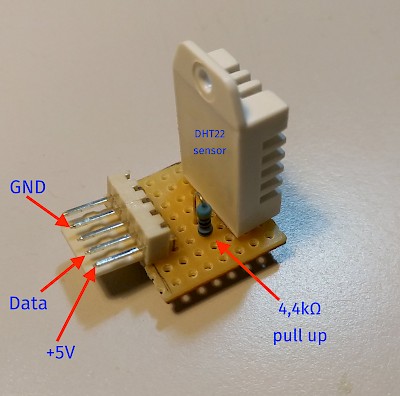 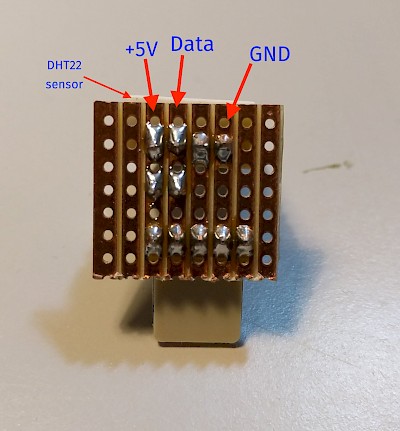 Et voilà, the sensor side is done.

My idea was to have the sensor some meters away from the Raspberry, so that I could measure the outside temperature, while the PI sits in the dry house. So I "borrowed" an old Ethernet cable, which already has twisted cable pairs and a minimal shield. For my experiment, I took a 2m cable, clipped the connectors and soldered two 5-pin terminal connectors to the ends: 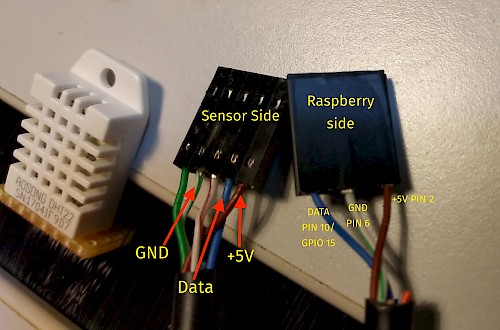 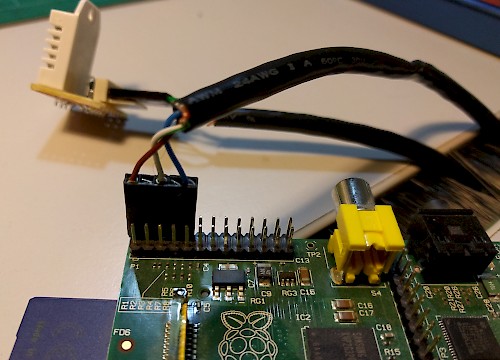 As a developer, I wanted to do most of the software by myself. I decided to use a Pyhton library to read the DHT22 sensor:

Then I wrote the rest of the software:

The tools itself are nothing sophisticated: They do just the minimum (collecting data, procude some graphs).

All the code can be found on my github repo: https://github.com/bylexus/dht22_reader 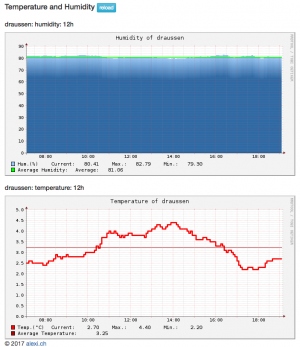