A small Kid's game to learn the letters of the ABC

Animal ABC is a very small Kid's browser game to learn the letters of the ABC. Klick on an animal, then on the corresponding letter (or vice versa): 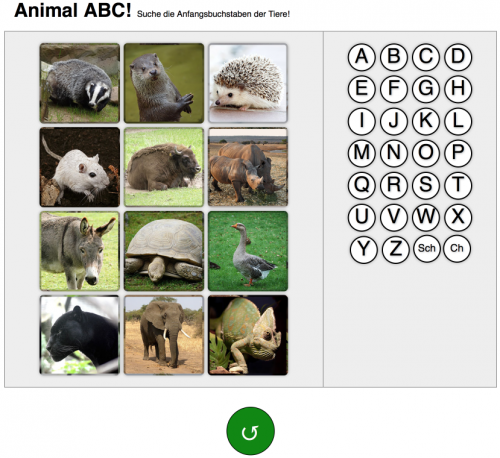 Check it out online !

Beside the idea to give my kids a nice game to learn the ABC, it was at the same time a learning project for myself: I developed the game using new HTML5 web technologies such as Promises, EcmaScript 2015, and the famouse ReactJS framework. As build system, I used Webpack together with Grunt.

You can check out the code from Github: https://github.com/bylexus/animal-abc